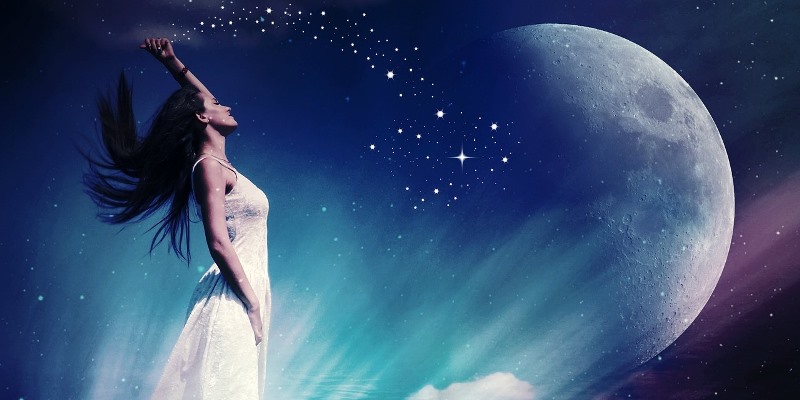 Yoni Self-Care practices (Vaginal Self Care) have been applied throughout the centuries, in all cultures and in all civilizations.

Mind that, in this post, we refer to the Yoni as more than only the vagina, that is, we consider the traditional meaning of the Yoni which includes the womb (uterus), ovaries, cervix, vaginal canal, and the vulva (the external sex organs, such as clitoris, labia, mons ubis, and so on).

Further on in this post, we’re going to look at a range of traditional Yoni Self-Care, Self-Help and Self-Healing practices (in a more limited sense, often called Vaginal Self-Care treatments), how they work, and what they’re used for. The intention is to give you a kind of “helicopter view,” that is, the big picture. If you’d like to know more details about a particular treatment or practice, just follow the links supplied in the sections below.

In many cultures and countries, Abdominal Binding (also called Belly Binding or Tummy Wrapping) has been or still is part of traditional postpartum practices, notably to help restore a woman’s uterus to the pre-pregnancy state.

Additionally, the practice is sometimes also applied by women who want to keep their posture well, correct it, or to have a slim appearance, and that’s why it’s sometimes also called the Slimming Wrap.

Abdominal Massage is typically a more therapeutic massage modality that applies deep tissue massage techniques to heal or alleviate a range of health issues, such as digestive and circulation problems, genital or reproductive issues, or back and postural problems.

Abdominal massages may also be aimed at general detoxification of the body, or at emotional, sexual or trauma release.

Aphrodisiacs are various foods, herbs and animal parts that are consumed in the hope of improving sexual performance, increase libido, fertility, potency, and pleasure, or resolve issues around sexuality, such as low libido, erectile dysfunction, or premature ejaculation, and such.

Cervical Bodywork is about vaginal cervical healing, awakening and orgasms. It’s about learning to release tension and blocks of and around the vaginal cervix, so-called de-armouring, in order to feel more pleasure, deepen self-love, and experience life changing orgasms.

The Qigong Deer Exercises for women consist of two main parts: the first part is a Taoist Breast Massage, the second part includes Pelvic Floor Muscle Exercises, the latter being in fact similar to the Kegel exercises, which can be done with a Yoni Egg also.

Self-Care Fertility massages are designed for women who are trying to get pregnant. A Fertility Self-Massage works mainly on/in the abdominal region and with the reproductive organs.

Herbal Steam Baths are used to treat both body and mind with the idea that scented, healing aromas soothe and relax, and through inhalation and absorption can also cure internal ailments.

It goes perhaps without saying that extensive knowledge of herbs and mixtures of herbs is needed to know what herbs to apply and when to apply them.

Herbs for the Yoni

Herbs are used in various ways (hygiene, prevention, restoration, fragrance, healing, and what not), and applied in practices such as Yoni Steaming, Yoni Sitzbaths, Herbal Steam Baths, nutritional diets, and abdominal and fertility self-massages. Knowing what (mixture of) herbs to use, and when and how for a specific situation you want to see resolved, is of course of key importance.

Throughout history, food and diets have been used to maintain or restore health, and dietary restrictions for sexual and reproductive health are plenty to be found. In traditional Asian societies, diets have always been of prime importance for pregnant women and women in their postpartum period.

Pelvic Floor Muscles Exercises can strengthen the muscles near and around the bladder, uterus, and vagina. Strengthening this area can help stop incontinence, treat prolapsed organs, keep or realign organs in their proper locations and positions, alleviate general pelvic pains, diminish painful sex, support emotional and trauma release, and resolve urinary tract issues and constipation, among other health benefits.

Vaginal Weightlifting means that you would put some weight on the loose end of the string and clench the egg inside your vagina to prevent it slipping out (made harder due to the weight at the other end). Obviously, the goal of Yoni Weightlifting is to train your vaginal muscles (being part of the pelvic floor muscles) by doing Kegels to clench the Yoni Egg.

The idea of Womb Meditation or Uterus Meditation is to create a space for healing, activation, and re-awakening of a woman’s sexuality and sensuality.

Yoga for the Yoni

Yoga is an ancient Indian practice of movement and breathing and well-known around the world. Yoga knows breathing techniques, a range of Yogic practices, and Yoga poses (or Yoga Asanas) when it comes to questions relating to a woman’s Yoni, that is, to her sexuality in general and genital organs in particular.

Different Yoga poses and exercises have different effects and results, and there are exercises to alleviate or cure a variety of sexual health issues and sexual dysfunctions, but also exercises that support a woman’s fertility, pregnancy and the postpartum period.

Yoni Dearmoring is the practice of removing emotional armors or shields, that is, clearing those emotional and physical protections in a woman’s body and mind that hinder her to function wholly, spontaneously and healthy on a sexual, emotional, physical and spiritual level, and obstruct her to fully express her womanhood.

Self-Help tools and techniques that can come to help in the de-armoring process are, for instance, Yoni Self-Massage, Yoni Mapping, Yoni Egg application, and the Yoni Wand.

The Yoni Egg (or Jade Egg) is a semiprecious stone or gemstone carved into an egg shape, polished, and subsequently inserted and carried inside the vagina.

The basic idea behind carrying the stone is that crystals and gemstones are thought to radiate certain frequencies with energetic, healing properties. Additionally, because the body must “clench” the egg to keep it inside the vagina, it is claimed that the Jade Egg strengthens both pelvic floor muscles and vaginal muscles.

Yoni Mapping, also called Vaginal Mapping, is considered an exploration and discovery through the Yoni in order to find areas of numbness, contraction, disconnection and tension on the physical but also on the emotional level.

It’s an awareness exercise to come to a deeper understanding and connection with oneself. It’s the start of a healing process, because all healing starts with being fully conscious of what’s “wrong” or what needs attention.

Having a Yoni Massage (also called Vaginal Massage) is rather popular, also as a Self-Massage treatment.

It’s a sensual, genital massage with a Tantric and Taoist focus, with the primary aim to bring a woman’s sexuality and sexual creative energy to life, exploring a woman’s genitals and her spiritual, sacred femininity.

A Yoni Massage can also be a therapeutic opportunity for women to open up energetically and spiritually, to de-armor emotionally, releasing traumatic sexual and emotional tensions and frustrations.

A variety of health conditions can be treated with traditional Sitzbaths, such as hemorrhoids, warts, herpes, sores, ulcers, eczema, itching, inflammations, infections, irritations, and rashes. On the genital level it can relieve discomforts and problems involving the vagina and vulva.

Vaginal Steaming, also known as V-Spa, V-Steaming, Vaginal Smoking, or Yoni Steaming, is a traditional health treatment by which a woman sits or squats on a toilet-like construction above a bowl or bucket with steaming water.

It’s a treatment for reproductive organ diseases and discomforts. Additionally it’s thought that the treatment has many other benefits such as cleansing, reduction of excessive discharge, alleviation of itch, bacterial and fungal disinfection, tightening the vagina, re-positioning the uterus in the pre-natal state, improved fertility, and rejuvenating and strengthening the vagina.

Yoni Yoga is based on the Neo-Tantric notion of connecting physical, mental and spiritual exercises in order to channel energy of the Yoni through one’s total being — physically, mentally, emotionally, and spiritually. Yoni Yoga is done with or without a Yoni Egg.