Teaching Thai Massage generally follows a see-feel-do approach. In more educational terms this would be called a VAK (Visual, Auditory, Kinesthetic) method of teaching, which means that Thai Massage students learn techniques through emulation of the teacher’s demonstrations and verbal explanations, to subsequently themselves perform the hands-on practice on other students (and receive massage from other students also), monitored by the teacher who ensures the correct application of the techniques.

A whole mouthful, but then, what does this mean in practice?

Well, a student would first see a massage technique (or a sequence of techniques) done by the Thai Massage teacher on a “model” (which can be a student or another person specifically available as a practice model). During the demonstration the teacher would explain what he or she is doing and the students may be allowed to ask questions or make notes, and so on.

Afterwards, it’s the turn of the students (who usually work in pairs) to do the technique(s) on another student or undergo the techniques receiving them from the student one together works with. The teacher then typically walks around and looks, answers questions, corrects, and so on.

The best would be to first see the technique(s) being done on someone else, then feel the techniques on one’s own body and then perform them on another person. In that specific order. But as one works in pairs, sometimes one would feel first before doing, or by contrast do first before undergoing the techniques.

In larger groups it’s not possible to feel the techniques done on one’s own body by the Thai Massage teacher, which, of course, would be the best, instead of them being done by another student who is still learning. It also would be preferable to do the techniques on the teacher to get proper feedback. But as said, this is not possible in larger groups (as for the duration of the course that such a teaching approach would take), but in private trainings this would be the big advantage.

In any case, specifically in Thai Massage beginner courses, one would teach a certain set of techniques on a day, the next day extended with more techniques (sometimes including a quick repetition of the techniques done the day before), and so on, finally having covered all techniques for the student to be able to independently perform a standard one hour or one-and-a-half hour Thai Massage session.

Typically, at the end of the massage course on the last day, the students would do “an exam,” i.e. test, doing the complete Thai Massage sequence on another student. The teacher then would give individual feedback afterwards and the students would receive a Certificate of Completion of the course. 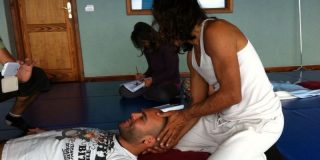 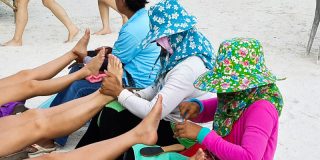 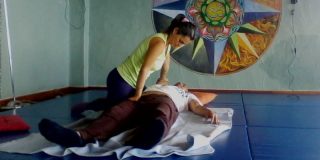 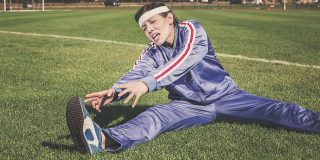 Thai Massage Tools and Techniques
Buy eBooks in a Bundle