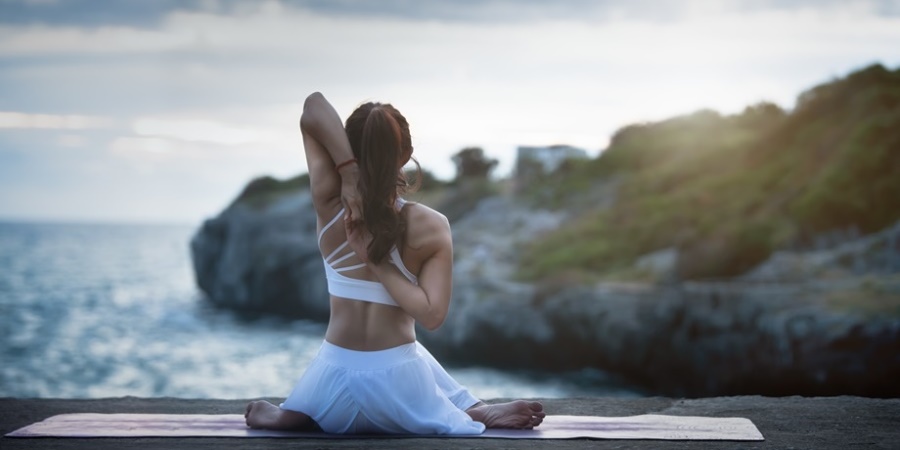 Kriya is a Sanskrit word that means “action” or “effort” and within Yoga practices it refers to an action, exercise or technique to attain a specific result. The word Kriya shares the same root as Karma, the latter likewise meaning “action,” “deed,” “make,” or “perform.”

Kriya Yoga is perhaps best known from the Yoga Sutras of Patanjali, who, besides his Eight Limbs Yoga (Ashtanga Yoga), also describes three forms of Kriya: Asceticism (Tapas), Self-Study (of the Self and of the Holy Scriptures), and Devotion (to the Divine or higher consciousness). In the context of Patanjali’s Sutras, Kriya Yoga is often seen as a preparation for Ashtanga Yoga, in fact being part of the Niyamas (which is the 2nd limb of Ashtanga Yoga).

Nevertheless, there are different interpretations of what Kriya Yoga is, which results, for instance, in calling it the Yoga of Energy or the Yoga of Action. In modern forms of Kriya Yoga a variety of Yogic techniques is included, such as Mantras, Pranayama, and Mudras.

Today, Kriya can mean any “completed action,” “coherent exercise,” or sets of exercises in one’s Yoga practice. One could see it as the specific, well-described steps or techniques within a Yogic system to achieve a certain result. It’s a term often used in Kundalini Yoga practices.

Sometimes we also find Kriya mentioned in relation to the Shatkarma purification techniques. Shat means “six” in Sanskrit, and Karma (like Kriya) means “action.” As such, Shatkarmas or Shatkriyas mean “six actions.”