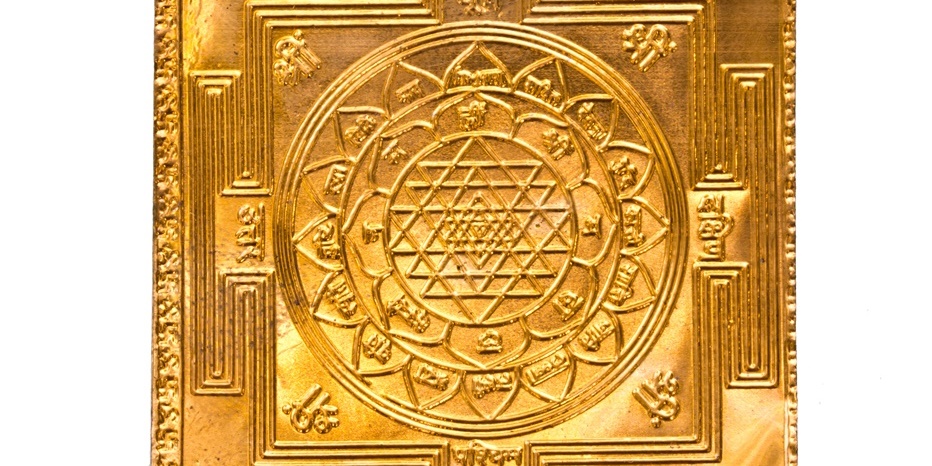 Yantra Yoga, not to be confused with Trul Khor, which is sometimes also called Yantra Yoga, is an ancient Hindu Yogic practice that includes bodily movements, breathing exercises, and visualizations, while focusing the mind on specific Yantras while exercising.

Yantras are mystical diagrams, painting, murals or symbols thought to have occult powers, and primarily used in Tantric traditions.

Yantras are used to worship or invoke deities, as a support in meditation and Yogic practices, or simply as decorations in temples.

In Yantra Yoga, one also studies mathematics and geometry as it’s reflected in the universe (the macroworld), which is considered to be likewise visible in natural phenomena in the micro or earthly world.

As such, Yantras are symbolic representations of the universal geometrical order, and meditating on them reveals knowledge about oneself and the Divine order.