Zazen Meditation, also called Buddhist Seated Meditation, is a meditative practice within the Zen Buddhist tradition. There are quite a number of Zazen schools and lineages, but it’s safe to say that the overall aim of Zazen is to come to insight into the nature of reality (or existence) by letting go of judgmental thinking, and letting words, ideas, images, concepts and thoughts arise without getting attached to them.

Although originating from out Indian Buddhism, Zazen Meditation gradually emerged in Japan (through China) around the 12th century CE as a typical Japanese Zen Buddhism meditation practice. Important Japanese Zen lineages (or schools) are the Rinzai school, the Sōtō school, and the Ōbaku school (Ōbaku is also known as Huang-Po).

Zazen is “just sitting” in a conscious state of awareness, without any special attention for the objects or phenomena that arise, and generally it’s seen as one of the most important Buddhist practices for both monks and laypersons. The ultimate goal of Zazen is to come to enlightened, awakened wisdom (Kenshō, Satori, or Daigo-tettei) through complete stillness of the mind, which within Zen Buddhism is seen as a quality of our own immediate, moment-to-moment undivided being/awareness.

Nevertheless, people practice Zen Buddhism or Zazen Meditation for a number of different reasons, which include physical, emotional and mental well-being, or being an aid for other practices, such as music, art, sports, or martial arts, and so on. To practice Zazen one doesn’t need to be a Buddhist, and it can be combined with any religion or faith.

Within Zazen there are a variety of ways and techniques of sitting, such as kneeling, half-lotus, lotus, or cross-legged, as there are many rituals and customs before actually sitting down or ending the sitting session. Moreover, depending on the lineage, longer periods of sitting may be alternated with shorter periods of so-called Kinhin, which is a Buddhist Walking Meditation.

In Zazen, the term “just sitting” also has a mental i.e. object-less, universal awareness aspect, apart from only being an act of physically sitting. It then refers to the mind as “mind sitting,” “leaving the mind alone,” or “sitting without an aim.”

Depending on the Zazen study or meditation group, school or lineage, other additional activities may be included as an aid to the Zazen practice, such as breath counting, special ways of breathing, Chants and Mantras, concentration exercises, physical cultivation practices (Japanese archery, Do-In/Tao Yin, Tai Chi and Qigong, Aikido, and the like), Mudras, and Koan study, to name some important supporting tools to come to a complete practice.

Zazen Meditation is often done as a group (in Zen temples and in monasteries, at regular gatherings, and at retreats), but likewise alone in seclusion. 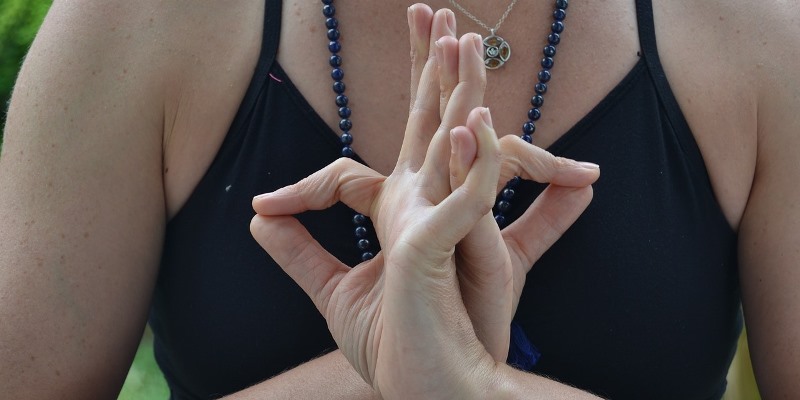 What Are Bandhas and Mudras?