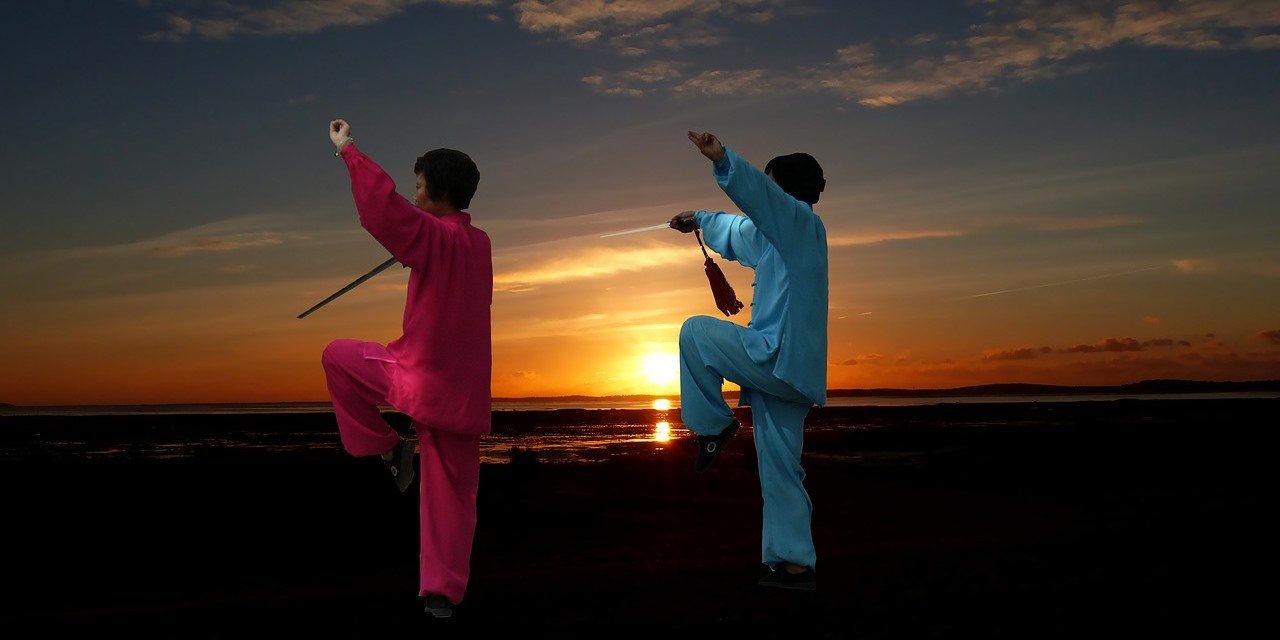 Tai Chi (T’ai Chi Ch’uan or Tai Chi Chuan) is a centuries-old internal Chinese martial art and a set of physical exercises that aim at defense training, mental balance, general health benefits and meditation. The practice is considered part of both Traditional Chinese Medicine (TCM) and the Chinese Martial Arts.

The etymological background of the phrase “Tai Chi Chuan” relates to Tàijí, meaning the Absolute or Source in Chinese cosmology and Quán, which means Fist or Boxing.

The philosophical, martial arts take of Tai Chi is that one shouldn’t directly counter or resist an incoming force, but engage it in softness, follow its motion and direction, while remaining in physical contact until the incoming attack drains itself or can be redirected. When performed correctly, one achieves Yin-Yang balance in combat. As Lao Tze, the great Taoist Master wrote: “The soft and the pliable will defeat the hard and strong.”

As for the health benefits, Tai Chi stimulates blood and Qi circulation, promotes balance and coordination, mental and physical relaxation, and mobilizes joints. A great number of clinical studies with regard to specific diseases and health issues have shown the safety and health benefits of Tai Chi exercises.

Currently, there are a variety of modern Tai Chi styles recognized of which five are considered the most important ones: Chen style, Yang style, Wu Hao style, Wu style, and Sun style. The styles are named after the Chinese families from which they originated.

Apart from the styles mentioned above, there are solo and partner forms of Tai Chi, aesthetics forms, weapon-based Tai Chi (using swords, spears, or sticks, among other tools), and differences in speed and leverage of performance.

A sometimes confusing issue is the difference between Qigong versus Tai Chi. Some see Tai Chi as a type of Qigong, and others see Qigong as a type of Tai Chi. Nevertheless, they are two closely related arts with Qigong playing an important role in training for Tai Chi, and with many Tai Chi exercises performed as part of Qigong.

Qigong typically focuses more on health and meditation, and Tai Chi more on martial art applications. Another important difference between Qigong and Tai Chi is the way the practices work with Qi (Vital Life Force). In Qigong, Qi is typically directed and held at certain points in the body to stimulate opening and cleansing of the meridians. In Tai Chi however, Qi is used as a continuous flow, stimulating the development of power for the use by the practitioner.

In the past few decades, Tai Chi has become popular around the globe. Tai Chi training that primarily emphasizes physical fitness, vitality, and general health is offered in, for instance, hospitals, clinics, sport and fitness schools, and community centers. Nevertheless, Tai Chi Chuan is certainly still taught and used as an inner form of martial arts and meditation.

More in our bookstore and special priced eBook bundles.

What Is Tuina Massage?

What Is Qigong | Chi Kung?