Yin-Yang, literally meaning dark and bright, is a Chinese dualistic-monistic concept and a deeply ingrained aspect of Chinese culture, as well as prominently present in Traditional Chinese Medicine (TCM) theory. Yin and Yang represent two complementary and interconnected aspects (or energies) that every phenomenon in the universe can be divided into.

Yin is considered the receptive principle and Yang the active principle, to be seen in all forms of change and differences like winter and summer, night and day, female and male, moon and sun, order and disorder, and so on.

Yin and Yang cannot exist without each other. Take, for instance, night and day, which form a Yin-Yang pair. The night is considered Yin and the day is Yang. Although night and day are very different, the one transforms into the other, that is, contains the seed of the other to finally become the other in a continuous flux. So, although opposite, they are interdependent and influence each other and together they create a totality, a complete whole.

You may also be interested in:
◾ Yin-Yang Massage | Andro Rothe
◾ Yang Sheng | Chinese Self-Care Practices
◾ What is Tao Yin (Daoyin)?

The Yin-Yang symbol is known around the world (see the lead image of this post) and depicts small dots within each of the two energies (symbolized by black and white). It shows that there is always some Yin (black) within Yang (white) and vice versa, and in ideal conditions Yin-Yang are in perfect balance.

The concept of Yin-Yang is key to the practice of TCM in terms of understanding, diagnosing, and treating health conditions. Yin and Yang in the body can have a lack or excess, which results in deficiencies or over-abundance, say, imbalance, ultimately leading to discomforts, dis-eases or illnesses. At the most fundamental level, we could say that TCM treatments seek to balance Yin and Yang energies in the body.

But Yin and Yang also relate to the human body itself. For instance, the upper part of the body and the back are designated Yang, while the lower part have the Yin character. Additionally, Yin-Yang also applies to bodily, psychological and mental functions: cold is assumed to be Yin and hot is considered Yang, rest is Yin, movement Yang, non-action and lethargy Yin, action and agitation Yang, and so on.

It’s important to also understand that opposites are relative. To take another example: tap water is Yang (hot) compared to frozen ice (cold), but tap water is again Yin (cold) compared to boiled water (hot). And so, almost everything in TCM is viewed from the Yin and Yang principle, relative to each other.

What is Traditional Chinese Medicine? | TCM 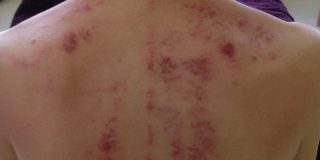 What is Gua Sha or Chinese Scraping? 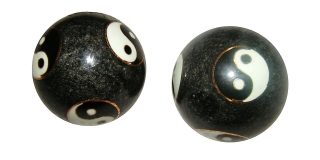 You will receive a confirmation request. Check your spam/ junk mail folder if you don´t receive an email or verify your email address.
We use cookies and similar technologies to ensure our website works properly. By continuing using this site we assume that you are fine with it. You can learn more about how we use cookies by visiting our privacy policy page.OkPrivacy policy