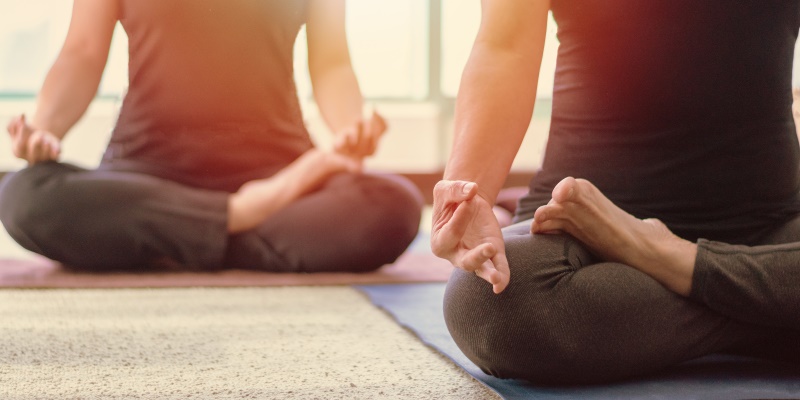 Siddha Yoga is considered a spiritual path and was founded by the Yoga Guru Muktananda (1908–1982). The name Siddha Yoga means “perfect” or “perfected” Yoga and was chosen by Muktananda to describe the path of Self-Realization that he followed under the guidance of his Guru, Bhagawan Nityananda.

Siddha Yoga’s teachings have been influenced by Indian Yogic texts and traditions such as Vedanta, Kashmir Shaivism, the Bhagavad Gita and the poet-saints of India. It also permeates all of the traditional Yogas (Jnana Yoga, Karma Yoga, Raja Yoga, and Bhakti Yoga).

The practice of Hatha Yoga, which focuses more on the physical body with the use of many Asanas (Yoga poses), is also considered to be beneficial to keep the body strong and flexible to sustain longer periods of meditation, so “Siddha Yoga Hatha Yoga” teachers are present in many Siddha Yoga centers and ashrams as a way to “complement” the main meditation practice.

The goal of Siddha Yoga is to reach Self-Realization — an act that is viewed as humankind’s birthright. By practicing Siddha Yoga, one can learn to engage with one’s own inner power, become aware of the divine force that is everywhere and in all things, and finally experiencing oneness with God.

The practice of Siddha Yoga meditation consists of turning the attention inward and focusing one’s attention on the flow of breath. The use of chanting, music and mantras (the main one being Om Namah Shivaya) are also present, and are considered a way to enter into dialogue with the divine.

A regular practice, as well as talks, group meetings and the study of the Siddha Yoga teachings, are seen as essential for students to reach the final goal of Yoga. Engaging in “selfless service” (Karma Yoga), usually volunteer work at an ashram or a meditation center, is also encouraged.

Muktananda was also known as a “shaktipat guru” because he could spark Kundalini awakening in his students by just his presence, which he did through so-called Shaktipat Intensives; through this awakening of Kundalini Shakti (Energy) it is believed that students could deepen their practice of Siddha Yoga meditation.

The principal teachings/pointers from Siddha Yoga are:

Sadly, Muktananda is believed to have sexually assaulted women and frequently engaged in sexual activities with students (sometimes underaged) despite stressing the practice of celibacy, which he deemed valuable for making progress on the spiritual path.

Siddha Yoga is also considered a cult by some, and other controversies and allegations have been made against Muktananda and other members, such as threats, intimidation and harassment to keep any knowledge of wrongdoing from going public.

Nowadays the practice is headed by Gurumayi Chidvilasananda, a woman who was one of Muktananda’s earliest and principal disciples, and promoted by the SYDA (Siddha Yoga Dham Associates) Foundation, a non-profit organization founded in 1973 in the United States.