The prostate is a small gland of the male reproductive system found in most mammals, but anatomically, physiologically, and chemically it differs substantially among species. In humans, the prostate gland is usually about the size of a walnut and it’s found below the bladder, in front of the rectum, and surrounds partly the tube (urethra) in the penis that leads pee from the bladder.

The main function of the prostate is to secrete a fluid, which is milky or white in aspect, that in humans usually contains about 30% of the volume of semen along with spermatozoa and so-called seminal vesicle fluid. Prostatic fluid is expelled in the first part of ejaculation, together with most of the sperm. The prostate also has some muscles that help excrete semen during ejaculation.

On aging (particularly men over 50), the prostate can become larger which is called Benign Prostatic Hyperplasia or BPH. It is a normal process of aging for most men. Because the prostate surrounds part of the urethra, it can start to squeeze the tube. This can cause problems when trying to pee, or feeling the urge to pee very often (and very little with dribbling). Further complications may include urinary tract infections, bladder stones, and chronic kidney problems.

The term prostatitis refers to inflammation of the tissue of the prostate gland. It may occur as a physiological reaction to an infection, but it also may occur in the absence of infection.

Prostatitis can cause trouble urinating, chills and fever, or sexual problems, like, for instance, pain in the genitals or pain when ejaculating.

Prostate cancer is described as the development of cancer in the prostate. Most prostate cancers grow slowly, but some may grow relatively quickly.

The cancer may spread from the prostate to other areas of the body, notably to the bones and lymphatic system i.e. to lymph nodes. Initially there may be no symptoms at all.

In developed stages, prostate cancer can lead to difficulties with urinating, blood in the urine or pain in the pelvis or back, or pain when urinating. Other symptoms may include feelings of tiredness mainly caused by low levels of red blood cells.

Factors that increase the risk of prostate cancer include older age, a family history of the disease, and race, and about 99% of cases are found in males older than 50. Other factors thought to be involved include a diet high in processed meat, red meat or milk products or a diet that is low in certain vegetables.

Prostate cancer is diagnosed by biopsy. Further examinations may be done to determine if the cancer has spread to other parts of the body.

Treatments may include a combination of surgery, radiation therapy, hormone therapy or chemotherapy. In those men in whom the disease has spread to the bones, pain medications, bisphosphonates and targeted therapy, among others, may be useful. Outcomes seem to depend on a person’s age and other health problems as well as how aggressive and extensive the cancer is.

Mind that massage therapy is not advised when having an active cancer (and most certainly not on the cancerous area) because of the risk of spreading cancer cells and aggravating the cancer. 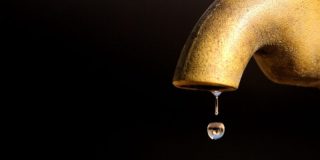