Hard or soft? It’s a question often asked in Thailand, by Thai masseurs, but to be honest, I think the question has only become “relevant” because of Western tourists. It has to do with cultural differences with experiencing pain and the ideas of what a massage is or should be.

It’s a rather silly question because Thai massages are basically not “hard” or “soft” but tough. Traditionally in Asia, massages were and still are simply that way even to the point that a “soft” massage wouldn’t be considered a “real” massage.

Of course there are differences between individual sessions. Although that’s more in a sense of how much somebody can handle at a certain moment, where the therapist would always go just to the limits — and passing them a little bit. But where and when these limits exactly are met depends on the receiver.

In that respect one could say that if the receiver can, needs and wants to take deep stretching or substantial pressure, it would be a “hard” massage. And “soft,” if otherwise. Nevertheless, it’s perhaps better to use the words “intense” and “mild.” When one needs to “go deep” it generally takes a lot of both the therapist’s and the receiver’s energies and then it would be an “intense” massage.

When on the other hand limits are reached with little effort or, for whatever reason, not reached or crossed, we could say that the session is “mild.” But that doesn’t mean one would ask the receiver if he or she wants an “intense” or a “mild” one. One gives what’s needed.

However, experience teaches that a very tensed client (or body parts that are tensed, contracted, blocked) won’t benefit from a hard touch, and this is something we often see with Western clients. The receiver or the particular area of the body first needs to be opened up with a soft or softer touch and approach.

This soft-touch could be anything from circling, applying a relaxing pressure to a short, relaxing conversation before getting on with the actual session. And sometimes we need a second or third session before we can even think about doing “real” work.

Often a (first-time) receiver really wants to, but can’t open-up. The body is in fact an autonomous system, and a living entity, and reacts with its own logic — which is only normal. The physical body has a defense mechanism, which is sometimes very hard to control willingly, consciously. As just mentioned — it therefore may be that we need more than one session to get the trust of the receiver or of his or her body, before we can engage into deeper, tougher work.

Another fundamental question is if Thai Massage should necessarily be hard and tough to achieve deep releasing work. Some say yes, others no. There are several lineages of harder or softer Thai Massage styles and both get results.

But it’s difficult to say with whom exactly they get results. Not much information there. Maybe they only get satisfying results with those suitable for a particular approach. Maybe the clients who visit them are already lined-up in taking a soft or a hard one. It’s an issue we should certainly consider.

In general, I would say — and this counts most certainly in the West — that it’s always better to start soft or softer. But we need to feel quickly what somebody can handle in order to be able to timely advance to stronger work if necessary. That, however, needs experience, which is obviously not available in a Thai Massage training course. And most likely it’s not only experience, but also a kind of sensing, sensitivity or “feeling.”

On the other hand, a therapist could also start with a shock-effect. Using power and “domination” and thereby softening, humbling the receiver and with that immediately making him or her a meek, surrendering sheep. And then start deep work right ahead. But of course, not everybody can take or appreciates such an approach.

Another interesting thought I have come about is the idea that clients with low-energy levels are not suitable for a tough or hard approach. It would cost them too much energy and too much time afterwards to recover. Those types of clients would benefit more from a softer engagement.

I must say I had this experience also. I’ve often seen clients having difficulties to recover quickly after deeper, harder work. But on the other hand they always felt better after the recovery time. Yes, it took them some effort, some pain and “suffering” so to say, but they finally came out of it stronger.

But I can also understand this is not always appropriate. I had for instance a client who needed ten days to recover, to be able to walk, talk and work normally again. That could have been disastrous if she had been engaged in some really important obligations. And to be honest — it scared the hell out of me. Luckily she came out of it stronger, released, and as new, even thanking me for the “horrible” experience.

Anyway, I don’t know, I’m often still alternating between both hard and soft approaches and options, all simply depending on what I feel or think of what I should do with a particular client. And sometimes I just simply fail in my judgment. And that bothers me greatly, because I just want to be this perfect practitioner.

It’s why I’m still looking, searching, and trying to find the perfect formula, but I have the feeling I won’t really find it. It seems there’s no “magic pill” available. Sometimes it seems that I just need to pick a style: hard or soft. And as I have a tough hand already, the answer is most probably already given. 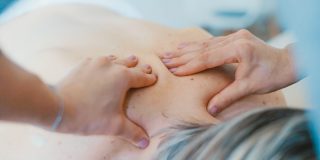 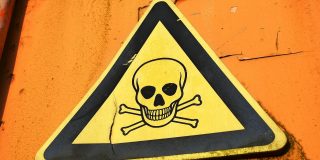 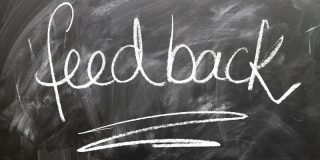 eBook
The Encyclopedia of Traditional Massages is a book for the real massage aficionado, and the most complete reference guide of traditional massage treatment modalities around the world.