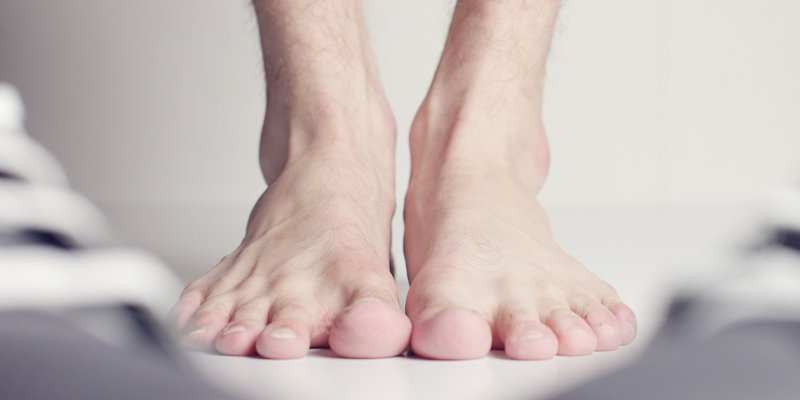 Ashiatsu — also known as Barefoot Shiatsu, Back Walking, or Gliding Feet Massage — is a type of barefoot bodywork where the practitioner uses the heel, sesamoid, arch, and/or whole plantar surface of the feet to give the massage. The name comes from the combination of two Japanese words: ashi, meaning “foot” and atsu, meaning “pressure.”

The technique uses deep strokes given with the massage therapists’ feet. It’s considered to be less stressful for the patient’s body than many other massage techniques because pressure from the feet is spread out over a wider area than it would be if applied by the fingers, heel of the hand, or elbow. Ashiatsu stimulates the circulatory system and targets the deepest layers of muscle, joints and bones, in order to provide relief of pain.

Ashiatsu barefoot massage is a holistic treatment that works on the mind, body and spirit, stimulating the body’s energy and enhancing one’s natural ability for self-healing. It is commonly used to treat dense muscle tissue problems and chronic pains, back and hip issues, as well as for deep relaxation.

A treatment is usually performed on a large massage table. The therapist massages with the bare feet while having support of bars hanging from the ceiling. Depending on the type of Ashiatsu practiced it can be given with or without the use of oils or lotions, and with the receiver clothed or unclothed.

You may also be interested in:
◾ Using the Feet and Legs in Massage Therapy
◾ Barefoot Massage Techniques | Walking Massages
◾ Japanese Traditional Medicine | Kampo

Ashiatsu developed from the combination of Japanese Shiatsu massage and the ancient knowledge of barefoot massage. The specific origin or background of barefoot massage is difficult to pinpoint, but studies have traced it back to ancient India, China, Japan, and other Asian countries.

The first record of a bodywork modality that uses the feet to give massage comes from the Kerala region of India, where a practice known as Chavutti Thirumal (“Chavutti” means foot or leg, and “Thirumal” means massage) was developed among practitioners of martial arts and classical dance to help their bodies heal from injury and remain flexible. The practice soon spread to other areas of Asia.

In Japan it  was combined with the study of pressure points and meridians, being a development of Shiatsu Massage, which in its turn is a development of Anma Massage based on Traditional Chinese Medicine (TCM) concepts.

In the last decades Ashiatsu has become increasingly popular in the West. Especially in the United States, where in the mid 1990s Ruthie Piper developed a trademarked form of Ashiatsu called Ashiatsu Oriental Bar Therapy.

What Is Tuina (Tui Na) Massage? 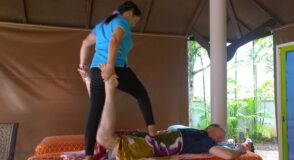