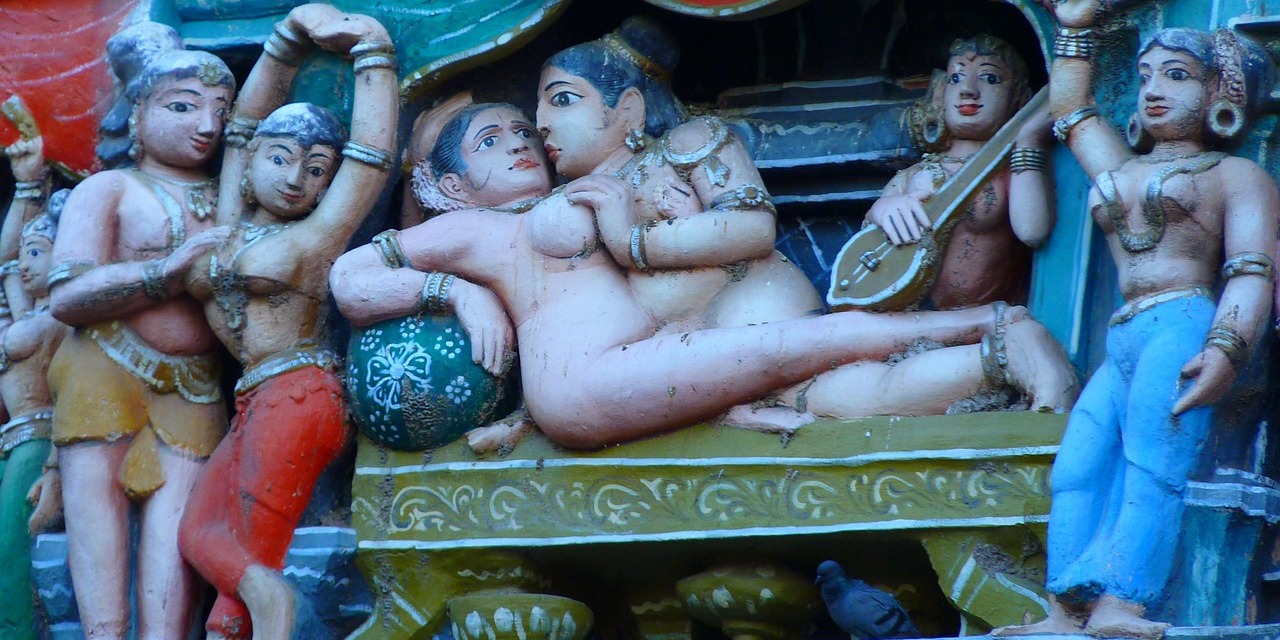 The Kama Sutra (also written as Kamasutra) is an ancient Indian Sanskrit text about desire, sexuality, eroticism and emotional fulfillment. The work is attributed to Vatsyayana Mallanaga, but little is known about the author.

The Kama Sutra is certainly not a sex manual for sex positions (although it also contains those), but written as a guide to the art of living well, about love, about finding a life partner, flirting, about married life, about adultery, cultivating one’s love life, and a variety of other topics about pleasures in life.

The original composition date, century or even place of composition of the Kama Sutra is unknown. Historians have placed it between 400 BCE and 300 CE. Some say it is a collection of various texts, including references to ancient Vedic scriptures, and cannot be attributed to one author only.

The text is firmly placed within the Hindu concept of the Purusharthas which outlines four main goals of life being Dharma, Artha, Kama, and Moksha. The idea is that every human being has/or should have these four goals which are necessary and sufficient for a completely fulfilling and happy life.

Dharma – which includes duties, rights, laws, conduct, virtues and right way of living. Hindu Dharma (or Dhamma) includes the religious duties, moral rights and duties of each individual, as well as behaviors that enable social order, right conduct, and those that are virtuous. It’s the pursuit and execution of one’s inherent nature and true calling.

Artha – which is about the means of life, activities and resources that enables one to be in a state one wants to be in. It’s about wealth, career, activity to make a living, financial security and economic prosperity.

Kama – and here comes the Kama Sutra into play – which is about desire, wishes, passion, emotions, pleasure of the senses, the aesthetic enjoyment of life, affection, or love, with or without sexual connotations.

Moksha – which is about emancipation, liberation or release. In some traditions of Hinduism, Moksha is about freedom from Maya (Illusion) and the cycle of death and rebirth, and in some other traditions it’s about self-knowledge, self-realization, spiritual enlightenment and liberation in this life.

Each of these pursuits became a subject of study and led to many texts and books in ancient Indian literature. The Kama Sutra books can be seen as a celebration of sexuality, eroticism, love, and pleasure and is an integral part of the religious milieu in Hinduism. 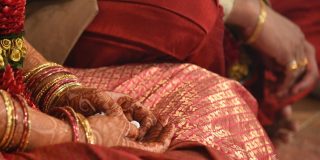 Genital Massage and Bodywork | eBook
A unique reference guide with an extensive overview of genital and abdominal massage and bodywork, covering the best known healing, restorative, and relaxing practices.