Phenomenology is a philosophical lineage, of which in the former century the philosophers Husserl, Heidegger, and Sartre were the major spokesmen. They were certainly not the exclusive representatives, but I deliberately chose to mention these well-known philosophers to offer a clear reference.

Although this essay is not intended to lecture on or discuss Existentialism, a brief introduction for the novice (before continuing with the phenomenological stance) may not be a luxury.

As it seems, Existentialism takes our “being and becoming” as its fundamentals. With our birth, we are “thrown into the world” and moreover, we are not only conscious of our “being in the world,” but also of our final destination — our death and dying.

Existentialism says that (as we’re thrown empty in the world, something like a tabula rasa) human beings themselves (need to) create their values and determine significance, meaning, or purpose for their lives, and act according to those.

Phenomenology however, tries to see and describe perceived phenomena in their nakedness — as happenings, events, occurrences, observable facts, experiences and so on, without any values, knowledge, or logic attached to them.

One of the questions phenomenology raises is if there’s something “behind” the things we observe. Is there a deeper (hidden) reality in which perceived phenomena are rooted? And if so, is it possible for us to “touch” this reality? Or is what-we-see, what-we-get simply all-there-is (as undefined), but only colored (and having meaning) by and through our intellectual and emotional interpretations?

As Advaita Vedanta has been my core view-of-life for quite a while, phenomenological philosophy has always attracted a fair kind of personal interested. That is — in my opinion, the Western phenomenological way of thinking, seeing, and describing things, is very much akin with Advaita philosophy.

The same thing I feel counts for Vipassana Insight Meditation. Vipassana basically wants to bring us back to the now-moment by observing the (near) phenomena directly around and in us without judging or interpreting those phenomena. It, in fact, wants to bring us to a thinking-stop in order to “see clearly.”

Both Advaita Vedanta and Vipassana use strict phenomenological views to come to a radical rejection of what-we-think-we-know. That leaves us in a state of “nakedness,” which is the starting point for Clear Seeing, Insight, or so-called Enlightenment or Self-Realization, and for experiencing Reality or Truth.

Advaita and Vipassana aim at “reaching” a more real or true way of seeing and experiencing life. However, both lineages don’t embrace the (active) existentialist point of view. That would comprise of “a project” and “a doer who does a project” and that would contradict the idea of Non-Self. It would comprise of choice (of which projects to engage in). And that would assume an ego, an I, a subject, which interacts with objects, which means — duality.

As both Advaita Vedanta and Vipassana want to come to a non-dual direct experience (and action) of and in the world, a volitional existentialist approach would undermine their ends.

But okay, let’s return to the phenomenological outlook of things. As Sartre explained in one of his examples, it’s basically the knowledge imposed on us which gives us a certain view, say explanation or interpretation of the world we live in. Without that knowledge, things (can) look (be) very different.

So, let’s say you’re sitting in a train and you look out the window to see at quite some distance a blue house (by the way, this is Sartre’s example). As the train advances, the blue house is coming closer, grows in size, maybe even changes shades of color, gets its maximum size when passing by, and then subsequently “shrinks” again.

It’s our (acquired) knowledge that says to us that it was a blue house in the distance we were approaching, passed and left behind us, but in reality we see singular things appearing. To assert that it’s the same object (a so-called house) which is growing, changes color, and shrinks again, is our own interpretation.

But what’s the point?

Well, everything we see or perceive, we tend to grasp, explain, describe in terms of the concepts, logic, knowledge (and thereby the language) we’ve acquired. When we skip that (if we can) — we would only “see.” We would have no way of explaining, describing, or connecting distinct phenomena and we would therefore dwell in our natural state, that is, our consciousness would somewhat resemble the way a baby or a small infant experiences its surroundings.

It means we could (and maybe should) question the conceptual, intellectual, and linguistic tools we’ve acquired. It’s not only that the tools we have change over time, we also use them differently. If our knowledge alters, our interpretation alters. We need to realize that the knowledge we have is just the knowledge we have now. It’s necessarily restricted; it changes, sometimes improves, and sometimes degenerates.

Knowing all this, which is a super-thought or over-thought, urges us to critically approach the reality and truthfulness of what-we-know or what-we-think-we-know. And this in its turn can help us to avoid the many (often camouflaged) traps nationalism, totalitarianism, fascism, and many other “-isms” continuously try to set for us.

Yet, it’s not about just abandoning our or society’s concepts. We do need a certain set of superimposed structures to survive and operate sanely in the given world, else we would indeed end up in a psychiatric institution (and there’s certainly no real advantage to that).

But then again — a phenomenological standpoint alone doesn’t really bring us any “farther.” There’s no “reaching” or “beyond” there. It doesn’t improve or even degenerate us. Not in terms of knowledge anyhow. It only gives us the opportunity to be aware of our natural state. It gives us the opportunity to become free, mentally free, intellectually free to reside in and with our base consciousness, just as Advaita and Vipassana do.

We might come to experience a kind of liberation from the “yoke” of relative and transient super-structures we ourselves or others have imposed on us. Maybe there, we’ll find our peace of mind. And maybe that can make us (more) human. Beings. Natural ones. 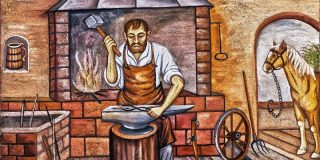 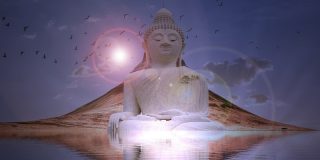 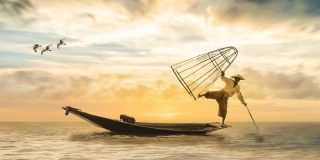 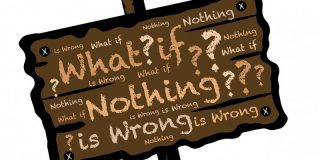 eBook
In this book, we explore various Eastern spiritual and non-dual perceptions of attaining peace of mind, Self-Realization, and Spiritual Enlightenment.