After the big floods in Thailand of 2011, Bangkok included, the Thai Government said they would do everything in their power to prevent this of happening again.

But today, Bangkok is threatened again. Well, threatened is maybe not the right word, because the flooding already started. The Chao Praya river is bursting its waters right into the city.

Of course, the rains of the last few weeks were devastating and it doesn’t sound reasonable to just blame the government — two years is just not enough to fix everything.

Nevertheless, there are some critical notes from the Thai, a people normally not complaining so easily. Some wonder if the government really did enough in the past two years. Did they give their utmost best? Well, I can’t judge, I don’t know enough of Thai politics to be saying “something informed” on the subject.

I just look at the facts and… it doesn’t look good! An endless list of areas, places and villages (in the central plains, but also south of Bangkok) are already suffering dramatically and it seems that Bangkok is next on the list.

It’s already hard, almost impossible to enter China Town with dry feet, the piers around the Wat Pho temple area and the Grand Palace are flooded with water flowing rapidly in the streets around, and the tourists are having a hard time maneuvering. And, it keeps raining!

Of course, floods happen everywhere on this planet. It’s not something out of the ordinary, and it’s nature’s way.

But in the case of Thailand I think we can learn something. I am astounded at how Zen the Thai remain, smiling, optimistic, doing their utmost to repair, to keep the damage to a minimum, sand-bagging, pumping water, building improvised dikes and barriers, constructing elevations and giving service as usual.

In situations like this my already huge admiration of the Thai people takes enormous proportions. Feelings of genuine respect overwhelm me when I see how this nation seems capable always of so much resilience, force, and calm. Nothing will stop them to overcome, and they do this in a smooth, elegant, and very effective fashion.

This country that so successfully integrates capitalism and modernism with traditional values in an unprecedented way. These people who remain so graceful, respectful, and polite, even when insulted. I’m impressed.

May the rains stop and if not — it doesn’t really matter, because God (or Karma or whatever) will always help the Thai. Because they probably deserve it.

Beyond Appearances | eBook
Experiences and insights reflecting ten years of traveling, living, and working in the Land of Smiles. A pass time while on the road and an eye-opener for those wanting to know more about what goes on behind the scenes. 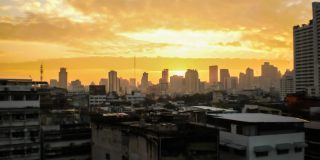 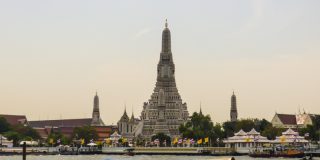 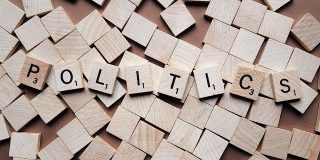 After submitting this form you will receive an email. Please follow instructions therein to confirm your subscription request. Check your spam/ junk mail folder if you don't receive an email or verify your email address.
Site Disclaimer: All content on this website is for informational purposes only and not intended to serve as a substitute for the consultation, diagnosis, or medical treatment of a qualified physician or other professional healthcare provider.
We use cookies on this website. By continuing using this site we assume that you are fine with it.OkPrivacy policy