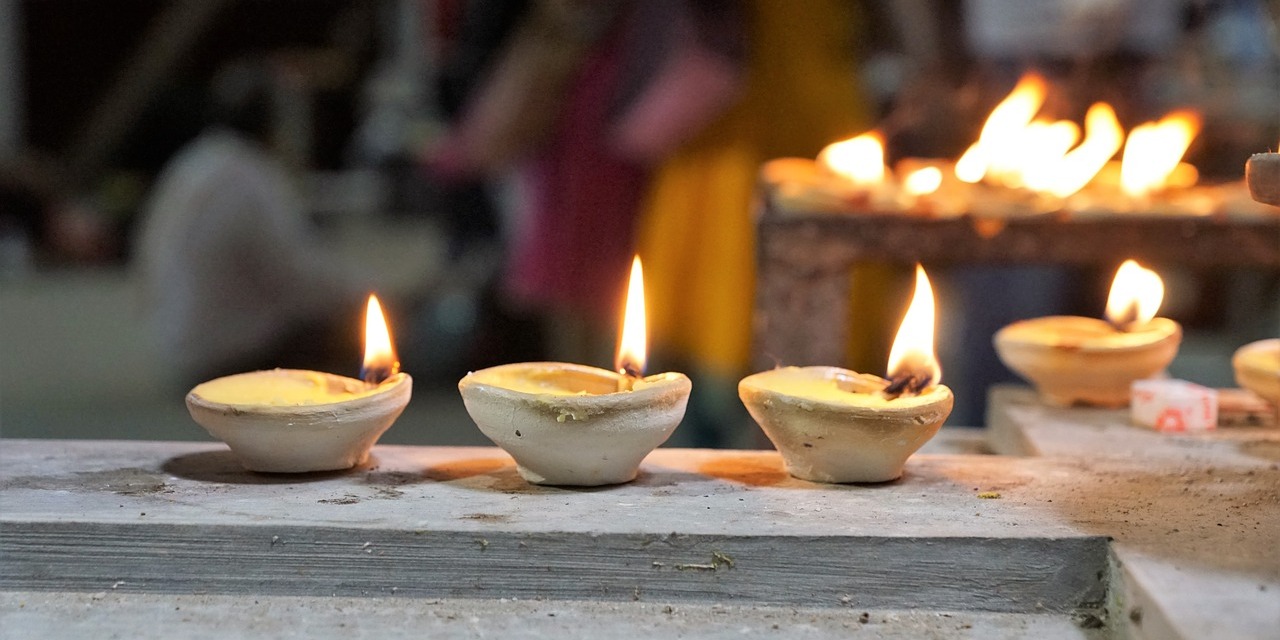 Advaita Vedanta has most definitely been one of the key revelations in my life. About thirty years ago “my eyes were wide opened” reading the book I Am That which contains Satsang talks of Sri Nisargadatta Maharaj. And after that—a mighty roller-coaster took off, launching me in the terrifying depths of the “spiritual quest.”

Certainly, over time my Advaita interpretation has known many changes, transformations, and renovations, but her base assumptions were, and still are important aspects of the way I have come to approach life and living.

But then, what exactly is Advaita Vedanta?

A-dvaita (which is a Sanskrit word for non-dual or non-dualistic) is a rather influential Indian spiritual Enlightenment philosophy. The roots of Advaita seem to go back to the 1st millennium Before Christ, but the most influential proponent of Advaita Vedanta bringing it prominently on the “spiritual podium” is considered the 8th century scholar and guru Adi Shankara.

Around the second part of the 20th century, a quickly growing group of Westerners started visiting India to “sit at the feet of the Masters” and “drink the nectar of grace at the Guru’s feet,” and as from the 70s, Advaita Vedanta rapidly started to conquer the mind of Western “seekers.” It became a state-of-the-art intellectual tool used in “the quest for Enlightenment.”

Vedanta essentially points to the Upanishads (a set of Indian holy books) and means “the end of knowledge.” It has a double significance: “We now know all what there is to know” and “Liberation and Enlightenment is to be found in the rejection of acquired knowledge.”

If I would take the liberty to freely translate Advaita Vedanta, it could look a bit like this: “Reality or Enlightenment is to be found by rejecting (the truth of) all knowledge by way of a non-duality approach.”

Furthermore, Advaita Vedanta (also known as the Jnana Yoga Royal Path tradition) is renowned for her so-called neti-neti approach which means not-this, not-that. It refers to the continuous rejection (negation) of perceived phenomena as being (part of) me.

Neti-neti goes something like this: “I’m not mind, not emotions, not body, nothing that I perceive is me. I have no properties at all. I’m not this, I’m not that. I’m impersonal. All that I can say is that I am, but not what I am.”

There are, and have been, different types of Yogas and lineages (the four main types being Karma, Bhakti, Jnana, and Raja Yoga), but when it comes to Advaita, Shri Ramana Maharshi (Tirruvannamalai), and later on Shri Nisargadatta Maharaj (Mumbai) and Ramesh Balsekar (also Mumbai) became perhaps the best known representatives in the past century.

Quite some occidental Advaita disciples came back to the West to become Advaita Vedanta Gurus themselves. Now, I’m not the one to say if they are or were genuine, authentic, or truthful, but we cannot always avoid the suspicion that at least some of them either did-it-for-the-money or just didn’t really know what they were talking about.

In the past, I visited a few Advaita Gurus myself (some more regularly than others), read some of their writings, and I have also watched a substantial set of videos. As I’ve just mentioned earlier: I don’t know if they are, or were Enlightened, because I myself don’t know what Enlightenment is. So when it comes to giving an opinion—how can I judge?

Now of course, I’ve learned something from all of them, as one can learn from anyone, and from any given situation. But on a personal basis I would say a spiritual Guru is authentic, if he or she encourages you to find out the answers yourself. The thing however is, that of course anyone can say that, and explicitly or implicitly claim to be the Guru.

In fact, if you’re honest to yourself, this leaves you with no other choice than to find “the truth” independently anyway. And so I asked myself—what’s the point of having or visiting a Guru?

Besides that, the particular trouble with Advaita is, that it sometimes tends to breed a certain kind of fuzziness, becoming hopelessly detached from daily life swirling around in intellectual discourse.

Nevertheless, the attraction of its “method” is very understandable: by supplying a non-dual denial-antidote it gives seekers the individual means to flee and dwell in an antiseptic intellectual sphere. I feel however it’s usually poorly understood that Advaita is only the antidote and that after that—Vedanta still needs to be practiced.

Vedanta surely supplies us with interesting foundations to understand. But how one “reaches” that understanding, may it be through Jnana, Bhakti, Karma, or Raja Yoga is of no real importance.

But the very essence of Vedanta is unquestionably her practical application. Once understood, one should leave the theory (the antidote) behind. It resembles quite perfectly what Ludwig Wittgenstein once said: “One must so to speak throw away the ladder, after one has climbed up on it.”

Phenomenology, Advaita Vedanta & Vipassana Meditation
Phenomenology is a philosophical lineage, of which in the former century, the philosophers Husserl, Heidegger, and Sartre were the major spokesmen. They were certainly not the sol [ ... ]

Thai Vipassana Meditation or the Realization of Non-Self
Going back to the root of the word "Vipassana" may help to better understand what is meant by Vipassana Meditation. Vipassana is considered to be a word in the Pali lan [ ... ]
Article Categories: Spirituality, Enlightenment, and Self-Realization
Tagged: Adi Shankara, Advaita Vedanta, India, Ludwig Wittgenstein, Mindfulness, Non-Duality, Spirituality, Sri Nisargadatta Maharaj

Get Fit and Flexible with Thai Yoga
18 Thai Yoga standing exercises that can be done anywhere, without a Yoga mat, in about 30 minutes. An ideal workout to promote your fitness, flexibility and health.

After submitting this form you will receive an email. Please follow instructions therein to confirm your subscription request. Check your spam/ junk mail folder if you don't receive an email or verify the email address you supplied to us.
We use cookies on this website (see our Privacy Policy). By continuing using this site we will assume that you are fine with it.OkPrivacy policy